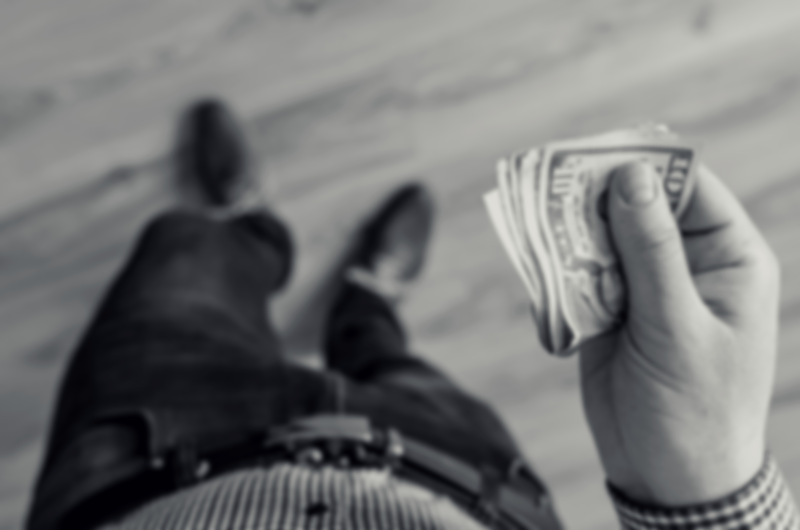 It sounds counterintuitive, right? Manage your money better by giving it away! However, there are some vital reasons why consistently giving makes us better financial managers.

Before we get into those reasons, let’s clarify what we mean by giving. Giving does NOT include purchasing an item for someone on a credit card that you cannot pay off immediately. Borrowing money to purchase something is not a giving, it’s spending. Giving does not involve debt.

It might be easier to substitute the word “giving” for “donating.” You cannot donate something you don’t own. So for the purposes of this conversation, when we talk about giving, we’re referring to the idea of donating our time, talent, or resources that we own. We are not referring to spending.

Giving isn’t just for holidays or celebrations, it should be part of your monthly budget. I teach my clients a Spending Formula to Win with Money and base their budget off of it.

Giving doesn’t always need to be financial either. Sometimes, you may be living on just enough to get by and in those cases, you can still give, but it may just be more with your time or your talent.

Now that we’re clear on the definition of giving, let’s discuss four reasons giving makes us better with money.

Besides “Dada” one of the first words my son learned was “mine.” You don’t have to teach children the concept of ownership, we’re hardwired to be selfish. You do, however, have to teach children to share and to give. Giving is a perfect way to counteract our natural selfish impulses. By giving first, we’re fighting the impulse to spend (and overspend) on ourselves.

Have you ever had the experience of taking $100 out of an ATM and then two days later you only have $10 left and have no idea where the money went?

If you give $10 first, you’ll be much more diligent about how you spend the remaining $90.

Social science research has shown us that we actually derive more pleasure from giving than we do from spending on ourselves. Our brains are hardwired this way, the act of giving produces endorphins (hormone released in the brain responsible for feelings of euphoria).

When you give consistently in a way that is meaningful to you and you know has impact, it has a greater positive impact on you and your happiness than ‘retail therapy’ for example, which is often followed by feelings of guilt and often greater debt.

My father taught me a lesson when I was around 10 years old that I will likely never forget:

He placed a $1 bill in my hand and told me to hold it as tightly as I could. With one end of the bill inside my clenched fist, he pulled the other end to make sure he could not pull it out of my hand. He said, “Hold it tightly and don’t let go! If you let it go, I’ll take it back!”

He then pulled a $20 bill out of his pocket and tried to place it in my hand. Unfortunately, because my fist was clenched so tightly, he could not put the $20 bill in my hand.

He said, “If you’re tight and stingy with your money, you’ll block the universe from blessing you with more. The only way I can give you this $20, is if you open your hand.” I went from a clenched fist and opened my hand flat as he put the $20 bill in my hand.

If you think to yourself about the people in your life that you would drop whatever you’re doing to go help, they are likely the most generous people you know.

4. What You Do With Little, You’ll Do With Much

Finally, there’s a common limiting belief that if I just made more money I would give more. Some people believe that wealthy people are inherently selfish. I can tell you from my own personal experience that money simply amplifies your existing values and beliefs. Money, much like alcohol, can be a ‘truth serum’ which removes your inhibitions. There are generous wealthy people and there are wealthy jerks. There are generous poor people and there are poor jerks. The truth is that if you’re a giver and you give of your time, talent and financial resources when you have little, you’ll do even more when you have more resources.

Giving consistently isn’t just a nice thing to do, it’s a principled approach to managing our finances that has benefits far beyond the dollars themselves.